So that it might be disseminated to and read by the citizens of the newly envisioned republic the fresh, radical Declaration of Independence was printed and distributed as a broadside. Unike other informational ephemera, that was meant to be consumed and discarded, its content was far too important. It, like other works of particular moment or beauty, would become prized and collected. This example of graphic design, playbills and slave auctions alike, became the posters that today hang in many homes and offices.

Reflecting the tenor of contemporary politics and news I have created this Broadsides series to reflect our present with the dramatic oratory employed by a Roman praeco or town crier. Taking both popular and antithetical positions I have digitally created a series of text works that are appealing and provocative. Ongoing for over a decade these works have referenced the murders of Matthew Shepard (Scarecrow) and James Byrd (Three White Men), the Washington Beltway Snipers (Invisibility), and the Columbine school shooting (Worthless). 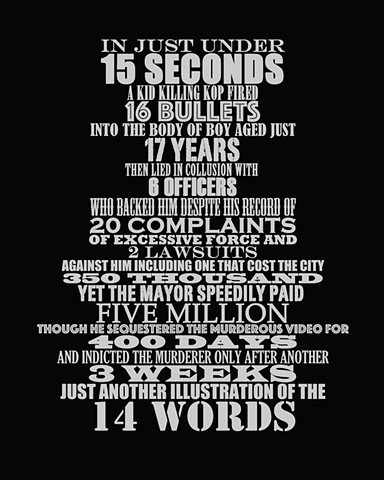 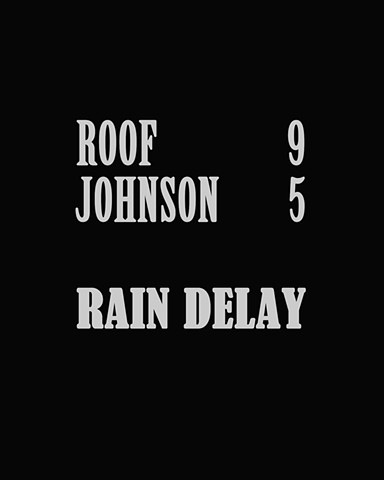 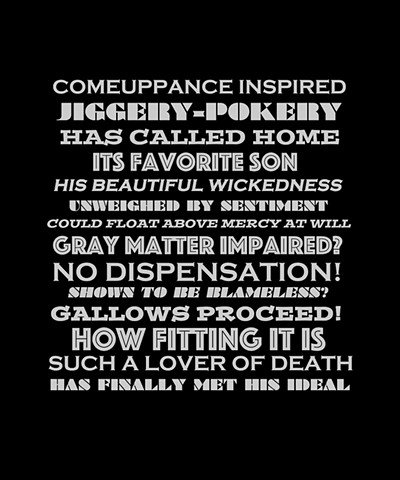 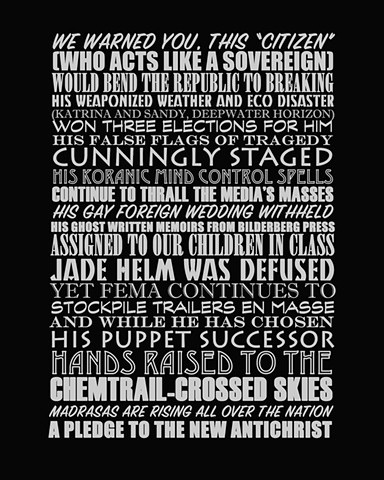 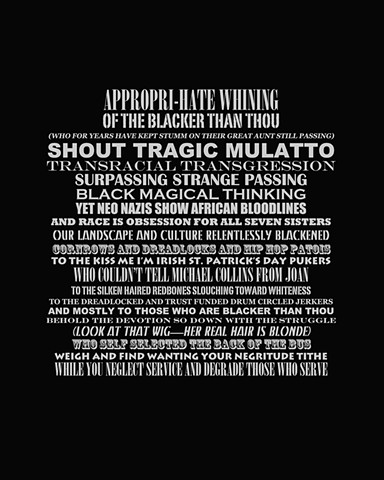 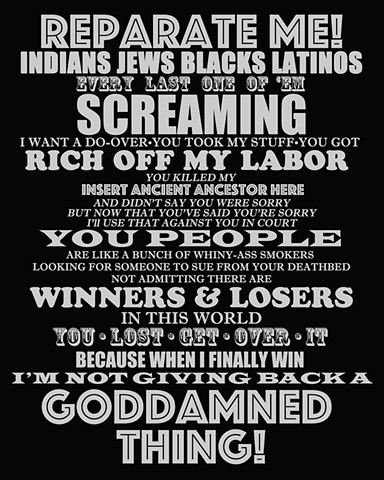 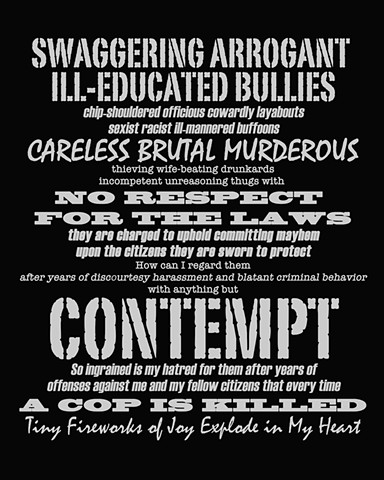 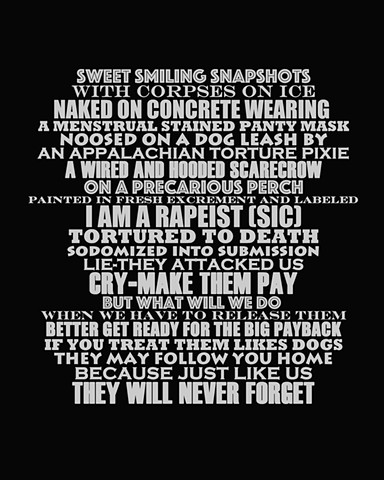 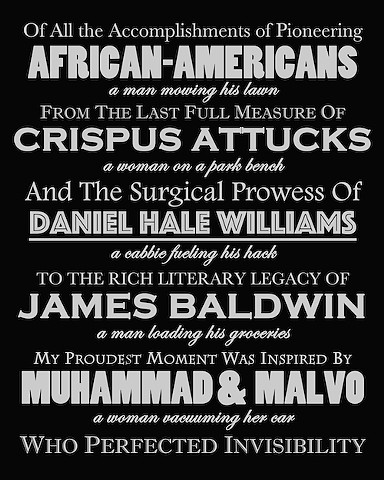 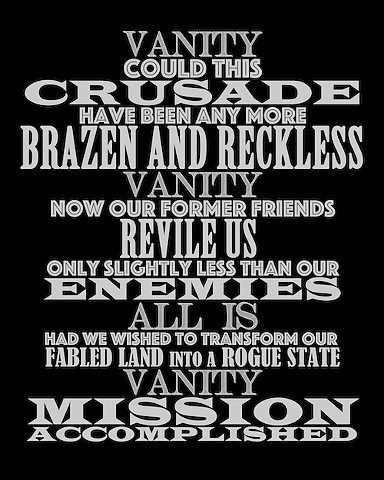 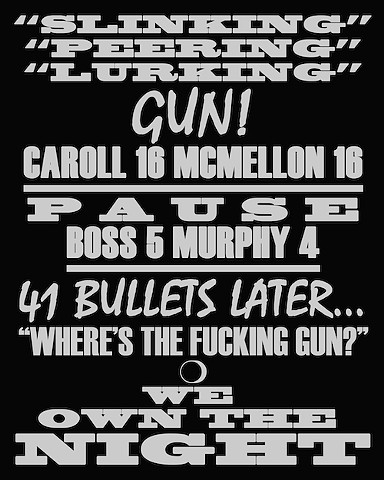 We Own the Night
Digital Print
Variable 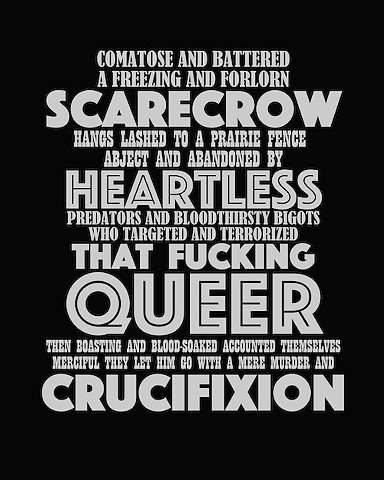 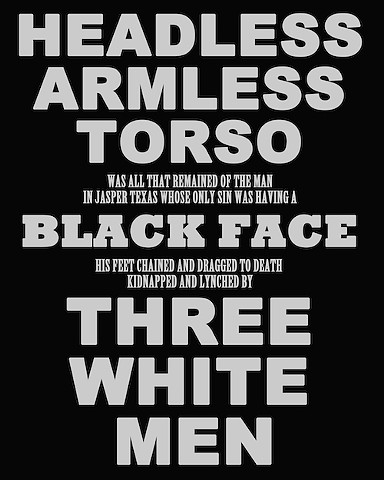 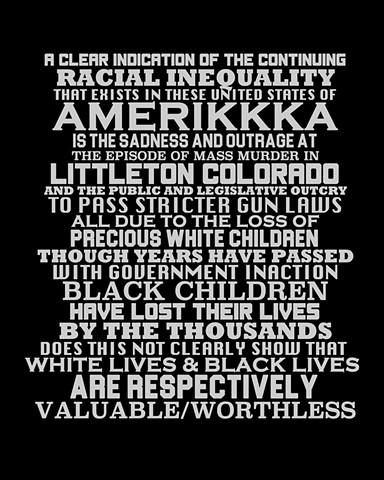 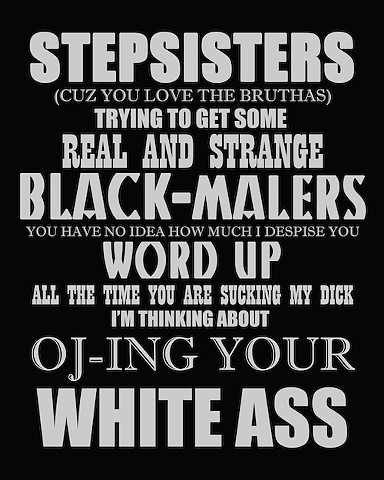 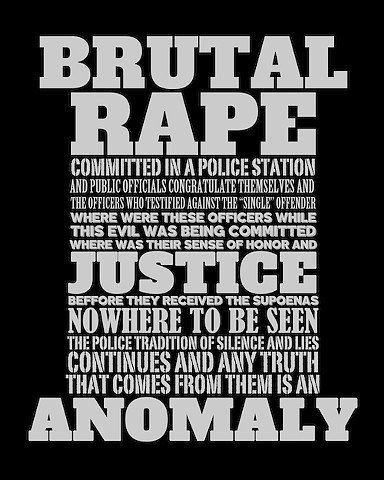 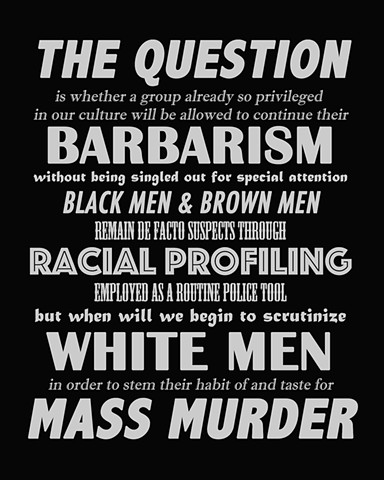